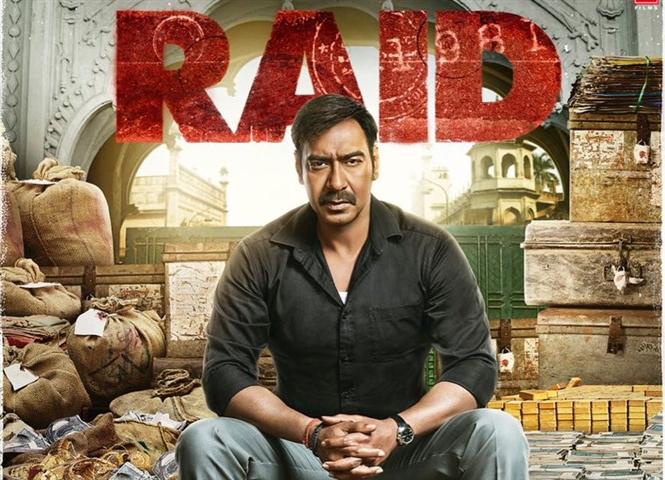 The first look of Ajay Devgn’s upcoming film, Raid has been released. Featuring Ajay sitting amidst what seems like the recoveries of an IT raid, the poster comes with the tagline 'Heroes don’t always come in uniform'. The film will have a trailer release at 11.30 A.M. today.  Directed by Rajkumar Gupta, Raid is said to be based on real-life events and is set in Uttar Pradesh during 1980s. Ajay Devgn plays the role of Amay Patnaik, who is the Deputy Commissioner of Income Tax at Lucknow. 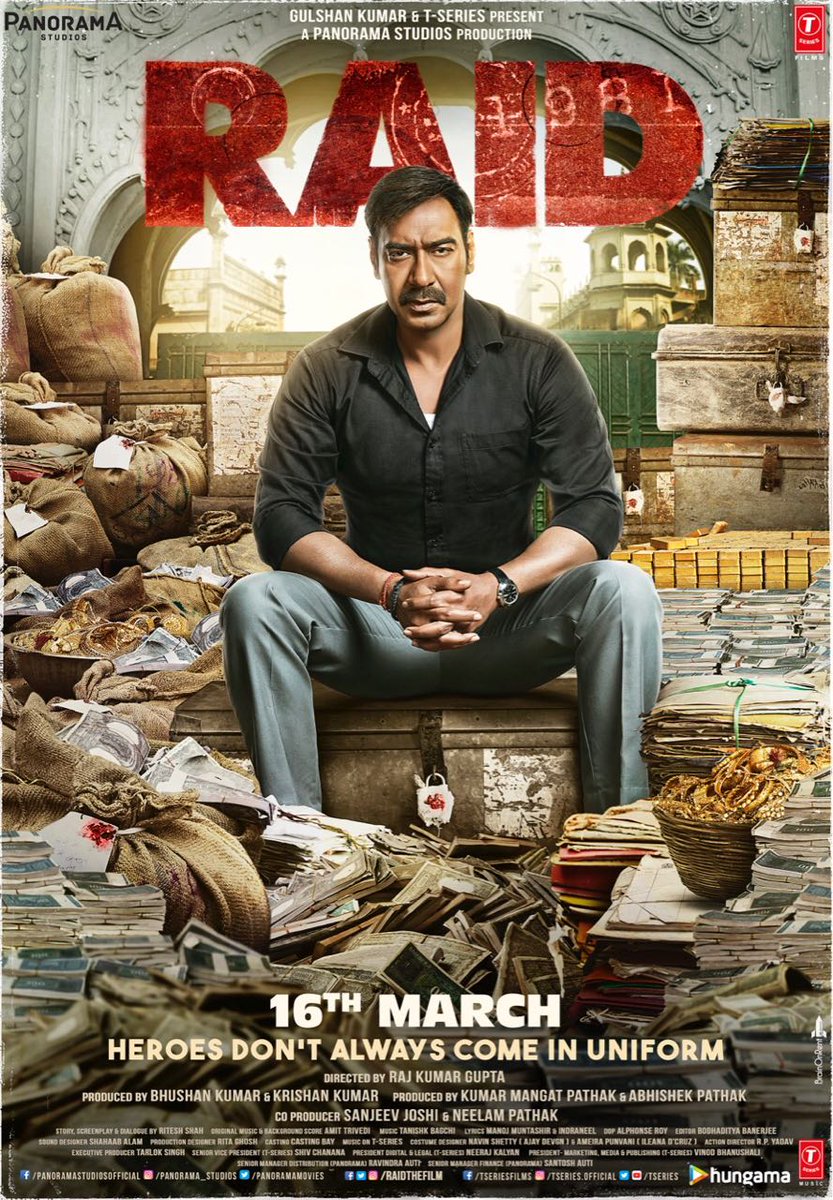 The movie has Ileana Dçruz playing female lead and it is her second film with Ajay Devgn after Baadshao. Raid is jointly produced by T-Series and Panorama Studios and will hit theatre screens on March 16, 2018. 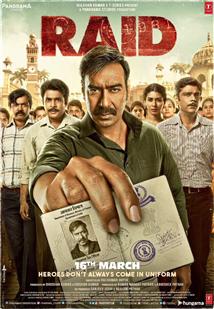