Ravi Teja's Touch Chesi Chudu to release on this date?

Ravi Teja's Touch Chesi Chudu to release on this date?

Earlier today, Ravi Teja released a new poster for his upcoming film Touch Chesi Chudu and claimed it to be the actual first look of his film. Though the poster says the film is 'coming soon', industry talk is that the makers are eyeing January 26, 2018 i.e. Republic day holiday for hitting theatre screens. This decision follows after the movie recently opted out of the Sankranthi race next year.

Touch Chesi Chudu is directed by Vikram Sirikonda and is produced by Nallamalupu Bujji and Vallabhaneni Vamsi. It stars Raashi Khanna and Seerat Kapur as female leads with Bollywood's famous composer, Preetam for the music. 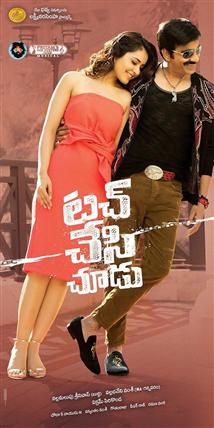