While Hichki Trailer reminds us of Dangerous Minds, Front of the Class, it also faces plagiarism charges 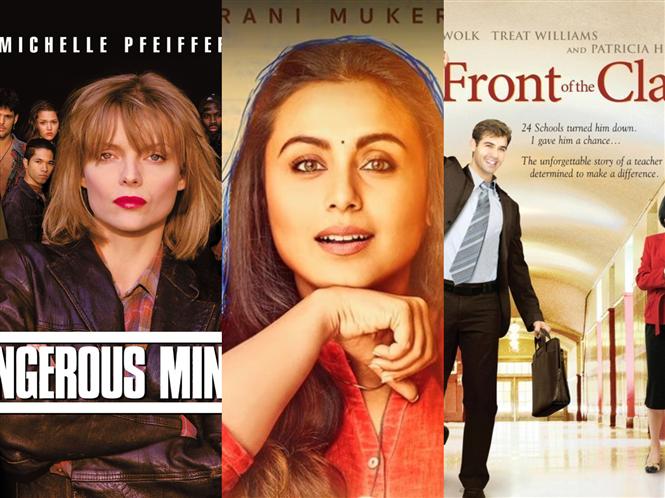 While Hichki Trailer reminds us of Dangerous Minds, Front of the Class, it also faces plagiarism charges

Actress Rani Mukherjee is back to the silver-screen with Yash Raj Films produced Hichki and an official trailer of the film was released recently. The movie has Rani playing an individual with Tourette Syndrome (a common neurological disorder that causes patients to have sudden, uncontrolled movements or sounds, repetitively. These sudden movements and sounds are called nervous tics, or just tics) and ends up becoming a school teacher. This part of the plot-line reminds us of the 2008 American drama, Front of the Class which is also about an individual with tics on a similar career-path.
From the trailer it seems like Rani finds herself confronted with a classroom of tough, sullen kids, from underprivileged backgrounds, involved in indiscipline and flatly refusing to engage with anything. Now, this part of the story seems clearly inspired from Dangerous Minds that came out in 1995.
Added to this, a Melbourne-based twitter handle that goes by the name Nishanth Kaushik, has levied plagiarism charges against the makers of Hichki and its director Siddharth Malhotra.  Read his tweet thread here :

In March 2015, director Siddharth Malhotra spoke to me about a story that needs to be written. I was excited, and thankful for being considered to take a stab at the opportunity. I mentioned I had a day job. I was told time is not a constraint.

After submitting the material over email, I waited. Dropped emails and texts. No response. This could have meant 2 things: 1) The project was not taking off. Or, 2) My work was not fit for purpose. I conceded with whichever of the two was true.

Does this mean Hichki is my story? NO.
Does it mean I worked on it and was owed the courtesy of a response or acknowledgement of the effort I invested? HELL YES.

My written material, which has been nonchalantly consumed (and possibly forgotten), and all my communication with Siddharth Malhotra is saved on record. Happy to present evidence. But the question is what am I to expect of it?

In my mind, this episode just validates all the stories I have read of anon/little known writers making claims in media reports that their stories were shamelessly flicked into major motion pictures without giving them due credit.

#Hichki team, good luck to you. I am sure you will earn millions. I hope all the money you make is good enough to numb you, because if I were you, my conscience would be pricking me sharp. RANT ENDS.

Produced by Maneesh Sharma, Hicki plans to hit theatre screens on Februray 23, 2018. Watch the trailer here and leave your comments below : 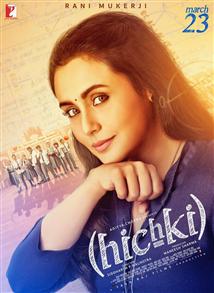