Rustom stars Akshay Kumar as Naval officer Rustom Pavri who is being questioned to be a traitor. The film also stars Ileana D’Cruz and Esha Gupta in key roles. The Tinu Suresh Desai. The film has been censored with U/A certificate. The running time of the film is 2 hrs 27 minutes.

The movie got certified with no cut. The film is slated to release on 12th August and will be clashing with Hrithik Roshan starrer Mohenjo Daro. 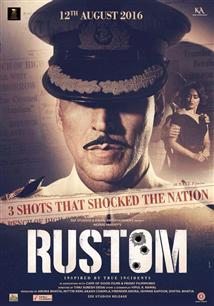