Abhinetri is a trilingual project. The film is being brought to the Telugu audience by Kona Venkat in association with MVV Satyanarayana Blue circle Corporation and BLN Cinema with Kona Film Corporation as presenter. Prabhu Deva is producing the film in Tamil and Hindi languages simultaneously.

Abhinetri featuring Tamanna, Prabhu Deva and Amy Jackson. The movie is directed by A.L Vijay. The movie has a heroine-centric story with Tamannah doing the title role. The film has music by GV Prakash Kumar and SS Thaman. The movie is all set to release on 9th September and the audio of the movie release on August 15, 2016. 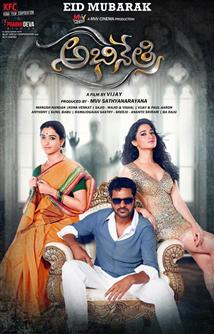