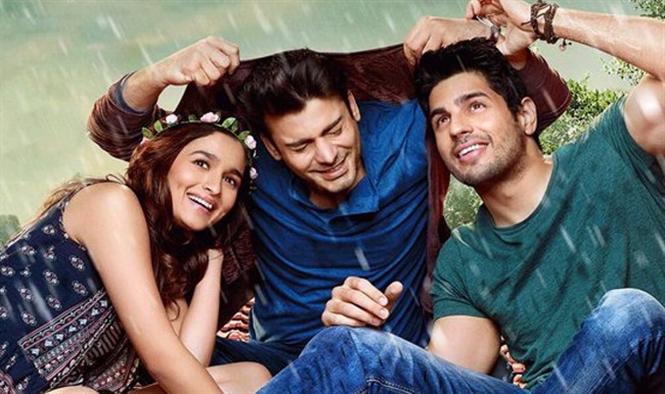 Since very long Bollywood has not witnessed a full-fledged family drama which takes the audience to an journey of emotional turmoil maintaining the right amount of tickle the audience needs to be entertained. Kapoor and Sons starring Alia Bhatt, Sidharth Malhotra and Fawad Khan is a film which offers just that at a very engaging pace.

The film is about a dysfunctional family consisting of Mr. Kapoor, Daadu(Rishi Kapoor), son and daughter in law (Rajat Kapoor and Ratna Pathak Shah) and grandsons Rahul & Arjun (Fawad and Sidharth) who come and get together after 5 years whenDaadu suffers a heart attack . All is not well for the family as there are a lot of conflicts and disengaged relations. In this mess, figures a love triangle between both the brothers who like a girl called Tia (Alia Bhatt). Will things become worse or will there be a happy ending to this Kapoor family is the rest of the story.

What really works for this movie is the fast paced package it brings you without letting you get bored even for a small bit. The way director ShakunBatra has brought his flawed family characters into life is very relatable and endearing. Apart from the forced humor punches here and there, the writing has been really enjoyable. Even the soundtrack of the film is really kick-ass as songs like Chul and Bolna already topping the charts.

Talking about the performances, Fawad Khan stands out as the elder brother Rahul. He is convincing playing the perfect son and might make you cry towards the end of the film.Alia Bhatt does a fine job but we have seen her playing the bubbly girl a lot of times now, haven’t we? Sidharth Malhotra is definitely not at his best and does a routine performance. Rishi Kapoor portrayal as Daadu is surely the funniest part of the film. Rajat Kapoor and Ratna Pathak Shah are just fantastic and as real as it get as the nagging couple!

In all, Kapoor & Sons is perfect film that you could go on with your family or friends to have a good time. But again it’s not out the box and is not something that we haven’t seen before.