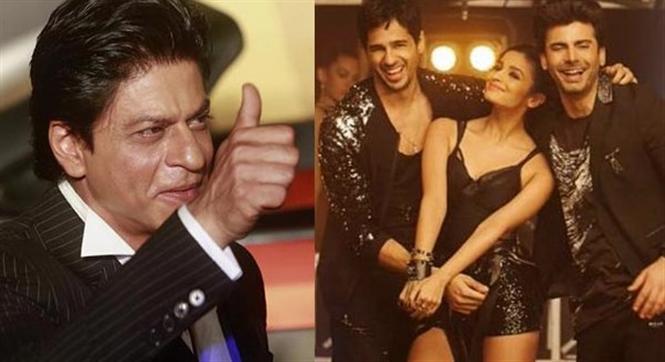 Kapoor And Sons trio - Alia Bhatt, Sidharth Malhotra and Fawad Khan - have earned an encouraging Tweet from superstar Shah Rukh Khan. Actor shared a still from their new song Let's Nacho that released on Wednesday with an accompanying comment.

Was so refreshing & lovely to see these 3 tonight. Wish the best for Kapoor & sons & may u always be happy. pic.twitter.com/9kBKEeyiWU

Shah Rukh, 50, is busy promoting his upcoming film Fan, which casts him in dual roles. The Chennai Express star's upcoming projects also include Raees and a movie with Alia, 22, to be directed by Gauri Shinde.

Let's Nacho is the fourth song from the movie that has released so far after Kar Gayi Chull, Bolna and Buddhu Sa Mann. Directed by Shakun Batra, Kapoor And Sons opens on March 18.