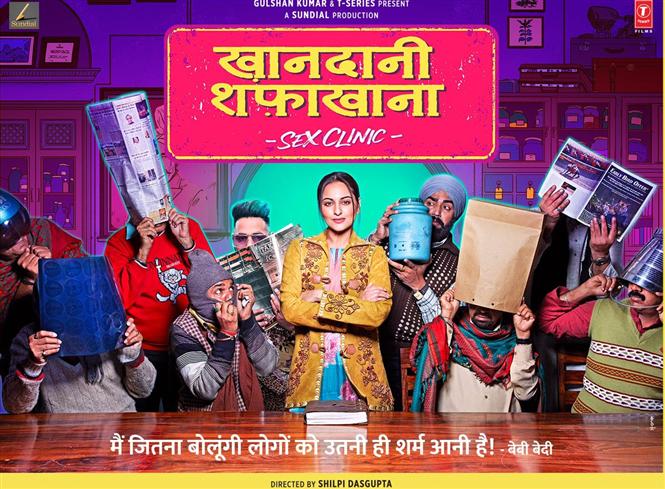 Sonakshi Sinha shared the first look poster of her upcoming film Khandaani Shafakhana on social media and also announced that the trailer of the film will be out in a couple of days.

Khandaani Shafakhana marks the debut of rapper Badshah in Bollywood. The film's cast also includes veteran actor Annu Kapoor and Varun Sharma. It will collaboratively be produced by T-Series and Mrighdeep Lamba. The film directed by Shilpi Dasgupta is slated to release on July 26,2019. The film will clash with Kangana Ranuat and Rajkummar Rao's Mental Hai Kya and Diljit Dosanjh's Arjun Patiala at the box office. The trailer of the film will be out on June 21.